While I’ve been struggling to find the time and energy to dedicate to full novel-length offerings with my new movie theater job, I remembered I had a whole pile of novels I’ve read and hadn’t written reviews for yet. I figured the best place to start would be the works of Paul Halter, a French-language author whose works aren’t unknown to this blog…

John Dickson Carr is the King of Locked-Room Mysteries, the master of impossible situations and how to commit murder in them. His vast output of over 70 Gothic-tinged impossible crime novels has naturally inspired many disciplines in every corner of the Earth to also specialize in the realms of the seemingly supernatural miracle murder, and no name has been more associated with the second coming of John Dickson Carr than French-speaking novelist Paul Halter.

The Lord of Misrule is the third novel by Paul Halter I’ve read. However, despite his acclaim within the locked-room mystery community, I’ve actually thus far defied all attempts to convert me into a follower. I criticized Death Invites You, the second book I’ve ever reviewed on this blog, for a resolution that cheaply wastes its premise. When I later read his debut novel The Fourth Door, I found the principle locked-room particularly inspired, but also thought that it was diluted by all of the extraneous plot elements and weak minor impossibilities. Is it possible then that the third time might be the charm..?

The Lord of Misrule, unlike the other two Halters I’ve reviewed, follow aesthete Owen Burns who is interested in all things artistic. Even, as it happens, murders committed with an artistic mind — especially those most meticulously of realized impossible murders. In this debut for Owen Burns, he investigates the haunting of the Mansfield family by the Lord of Misrule, the spirit of a man who once represented jolly debauchery but now floats over the snow and kills members of the Mansfield family leaving behind him nothing but the jingling of bells and virgin snow with no footprints…

During the course of this investigation, Owen learns of the most recent murder of Edwin Mansfield. A commotion in Edwin’s room summons his sister to the tower door on the outside of the manor. The man proceeds to vanish into mid-air — these events are accounted for by a second witness, the family’s maid. The police are so skeptical of the sister’s claims that they immediately suspect she must be the killer, but they realize that her footprints in the snow stop too far away from the tower to allow her to gain access to the room. Couple this with the fact that the internal door to the room was locked from the inside, and not only must they abandon her as a suspect… they’re left with the only possible explanation being a ghost…

Cut to the modern day, and an obviously hokey spirit medium has been conducting phony seances in the Mansfield manor to learn about the family’s past. However, one day, the manifestation of the “spirit” changes so greatly as to surprise even the medium — mere knocks change to a shaking of the table, and the spirit demands that a soon-to-marry-into-the-family man comes to an isolated location to speak with it about the truth of the murder of Edwin Mansfield. Two men follow him at a distance in order to protect him. However, although they lose sight of their charge for only a slight moment when he goes over a hill, when they catch up to him they find him stabbed and death with an ornamental knife next to a frozen and snowed-over lake… with no footprints but his own to account for the whereabouts of his killer.

I’ll be honest and say that I don’t particularly care for no-footprints-in-the-snow/sand/dust mysteries. I’ve read quite a few of them, but they’ve rarely particularly stuck with me. I have read a few very clever ones, but in all it feels to me like the sub-subgenre hit a rut and never managed to generate solutions that meaningfully expand on its few basic concepts. Instead, you get solutions that are variations on these concepts only insofar as they are technically different ways to produce the same trick but still maintain the same effect as if you’d read the same resolution twice. Add on to this that footprints mysteries seem to have less room for illusion and tend to rely on (usually not very interesting) physical artifice, and I find it hard to get excited to read one of these types of impossible crimes.

With my negative experiences with Paul Halter added to my negative experiences with footprints-in-the-snow impossible crimes, I’ll admit that I was dreading the resolution of The Lord of Misrule. For the most part, however, I found myself pleasantly surprised, although I’d say both the modern and past crimes have positive and negative qualities that make them, and the book on the whole, a mixed bag.

The murder of Lord Edwin is ultimately a vaguely complex reworking of the kind of solution we’ve seen a dozen times. What makes this work perhaps a little better than other variations of this kind of solution is the deliberate assistance of a particular character who wouldn’t ordinarily be so helpful. However, I think the solution is a far cry from the “brilliance” other people have praised it as — it’s good, don’t get me wrong, just not impressive, and honestly mostly just a convoluted, but not altogether inspired, turn on a very classic type of locked-room solution. It’s particularly let down by the explanation for the appearance of the figure assaulting the sister, which is cheap and incredible. The explanation for the repeated appearances of The Lord of Misrule is also very poor.

The modern day murder is much better. The solution takes good advantage of the setting to provide a solution that expands on a typically very cheap mechanism for committing murder without leaving footprints, and instead turns into something elegant and satisfying. At some point, this murder does correspond with another sighting of The Lord of Misrule at the crime scene, and while I feel the why of this appearance and the way it’s applied to be greatly contrived, the way the footprints in the snow solution perfectly accounts for this further adds to the elegance of the trick. However, the trick is more pleasant than it is particularly clever. In fact, I’d say it’s a little silly. Silly in a good way, but silly nonetheless — when I talk about locked-room mysteries with the appearances of ghosts and phantoms, my uninitiated friends often accuse them of being Scooby-Doo-ish. Ordinarily, I’d make a defense, but in the case of The Lord of Misrule, I couldn’t help but smile to myself imagining a Scooby-Doo villain performing the exact same trick for the exact same effect and honestly almost for the same reason too.

Outside of the impossible crimes, I particularly disliked the lead characters. While Owen Burns and his Watson Achilles have more character than I’m used to from the people populating the stories of Halter, their characters are appalling. Owen Burns is a charmless caricature of an aesthete and Achilles is a flagrant and repeated womanizer who fawns over practically every single female character who even so much as gives him a passing glance. However, there is one character I adored who added a lot of enjoyment to the story. Daphne’s teen-ish teasing of Achilles and general high-energy juvenility added a lot of charm to The Lord of Misrule, and I found her a particularly pleasant character in a genre that doesn’t often have characters characterized to be so fun and down-to-Earth — Daphne is one of the few suspects in a Golden Age-or-adjacent mystery novel I’d honestly choose to be friends with. A bizarre ray of characterization from an author who is infamous for his total lack of it, but a very welcome one too. I feel that this playful attachment to Daphne was well-utilized in the denouement, where scenes of passing characterization also prove to be centrally relevant to the mystery in a way that delivers an emotional punch in the very last sentence of the story.

So, in all, has The Lord of Misrule turned me onto Halter-mania, or a disciple of the no-footprints-in-the-snow impossible crime? Not quite, but I do like this the most of the three Halters I’ve read so far. Neither of the solutions are quite as inspired as the principle locked-room in The Fourth Door, but the extraneous mysteries are, at the very least, more tightly-wound into the core narrative of the story so to make it a more cohesive tale, and the book works harder to attempt to deliver on its premise than Death Invites You so that, in spite of its many hiccups in explaining away everything, I can appreciate the novel holistically. In love, I am not, but this is a mildly successful homage to John Dickson Carr and I will be returning to Halter soon with The Demon of Dartmoor and The Tiger’s Head. 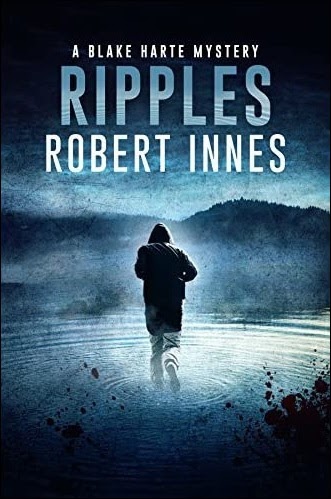