There’s been no end to the ingenuity of the impossible crime genre. When you see murders committed inside of perfectly sealed rooms, and stabbings in virgin snow where the killers leave no footprints, you’re only taking the daintiest of baby-steps down the iceberg of magic murders. Take a few steps further and you’ll find yourself barreling into the realms of animated murderous snowmen, disappearing hotel rooms, witchery, teleportation, telekinesis, premonitory dreams, apparitions, flying men, transmogrification, impossible golf shots, men dying from falls when there’s no elevated surfaces for miles, time travel, people running through solid brick walls, and even the apparently magical disintegration of a man in front of witnesses. All of which, mind you, must be explained through perfectly human means without reliance on far-fetched science-fiction technology or preternatural agency — or, if sci-fi tech and ghostly happenings are commonplace in your world, their rules must still be adhered (and are usually exploited to establish the impossibility…). A whole world of man-made miraculous murders that would have the skeptics of our world taken aback! When you imagine the impossible crime problem, you imagine a scenario which absolutely cannot be taken at face value, and which the characters in the story have to battle with the reality of, whether it’s through disproving the supernatural or an ostensible suicide. There’s an impossible crime tale for damn near every insane scenario under the sun a person could think of. However, there’s one situation which is so sedate in its presentation, and which, in our world, wouldn’t make anyone bat an eye, that has been something of a point of contention in the impossible crime world: the impossible alibi problem.

The “impossible alibi” puzzle comes is essentially this: we know that the killer has to be this specific person (or someone among a closed circle of suspects with proximity to the crime), usually by insistence of the book or narrator, but this specific person (or every person in aforementioned closed circle of suspects) has an apparently unassailable alibi. Usually, this alibi is vouched for and reaffirmed in some way by the narration — when the guilty party is definitely one specific person, the book also usually goes an extra step to assure the reader they aren’t being hoodwinked and that the crux of the puzzle turns decidedly on this person’s guilt. Consider if you will Columbo, where they always open an episode by revealing the killer and how they carried out the crime, and the puzzle is in figuring out how Columbo solves the mystery — the “howcatchem”. By then removing the actual knowledge of how the killer committed the crime from the formula and giving them an airtight alibi, the “impossible alibi” problem can straddle the howcatchem with the locked room mystery with ease.

What I would say makes it hard to see this problem as “an impossible crime”, per se, is that if the crime were to occur in our world we would simply not pursue it as such — and, save perhaps for the detective, nobody in the book is approaching it from that angle either. Someone who isn’t the suspect could have just as, if not even more easily, committed the crime and the “impossible” problem melts away. The problem is possible… but only so long as you take it as the events of the novel being experienced from the perspective of someone impartially involved with the affair, that is. The murder is only “impossible” to us as readers, and nobody else, and only as long as we wholesale accept a certain premise.

This is far from a fair criticism to levy against the “impossible alibi” plot. Consider if you will what I like to call “The Judas Window Problem”: a murder is committed in a locked and sealed room, only of course, inside of the room isn’t just the victim’s body, but also a living individual presumed to commit the crime; it is only when we accept that this person is innocent that the crime takes on its “impossible bend”. In many cases, there does end up being some physical evidence at least lightly suggesting that the person in the room is innocent, but there are also more than a few cases where there isn’t and the detective investigates more out of personal interest. Does it stop being an “impossible crime” story simply because you’re missing hard, physical proof the suspect is innocent? Does it become “a totally possible crime which only incidentally features a sealed room and the exact kind of trick that would be used to commit a locked-room murder elsewise” simply because the book expects us to accept some premise that wouldn’t necessarily be accepted within the confines of the story? If it feels like we’re suddenly splitting hairs here, why is it suddenly a different story when we’re expected to accept one person’s innocence, when the alibi problem is only the dichotomous opposite of accepting one person’s guilt?

Four years ago, on The Reader is Warned’s post on this very topic, Dan suggests that the “impossible alibi” problem doesn’t deserve to be called an “impossibility” because alibis don’t hold water under scrutiny and are “meant to be broken down” — and, specifically, because the suspects say “I wasn’t there”. There are two points here, “the alibi is meant to be broken” and “alibis are flimsy because they’re based on testimony”, which will be dealt with reversely.

The second point is markedly unfair; there is no novel out there claiming to feature an “impossible alibi” problem where the problem begins and ends with all of the principle suspects saying “I wasn’t at the crime scene, I was in my room!”. A crime where someone is murdered in an immediately accessible location, but everyone promises they were somewhere else with next to no corroborating information would never pass snuff as an “impossible alibi” problem. It’s when other people’s testimony and physical evidence starts to make it appear as if every alibi is assuredly true when the impossibility starts to take form.

Consider Roger Ormerod’s Time to Kill, wherein the detective all but assures us that an ex-convict he’s playing pool with is the culprit of a murder on another floor of the hotel in which they’re playing, which was proven by autopsy to have occurred during the ongoing pool game. Or, the locked-room mystery and impossible-crime story by popular Japanese author NiSiOiSiN, Zaregoto: The Kubikiri Cycle, where one of the crimes is the destruction of the narrator’s friend’s computer while every member of our classically-styled stranded island closed-circle cast testifies that every other person was in the same room at the same time at the critical moment, which is known to be the period of time when everyone was assembled together. Consider Agatha Christie’s “The Christmas Tragedy”, where we’re 100% guaranteed to the identity of the culprit but reliable testimony places him elsewhere at the time of death.

Now, of course, you could argue a lot of things that end up explaining the problem away, even though you seem to have physical evidence and other testimony supporting the alibis. Seemingly reliable testimony was actually fudged to provide the culprit with an alibi; perhaps, somehow, the time of death was obfuscated; perhaps the killer used some bizarre, unknown trick to make it look like he’s in one place when really he isn’t; perhaps the killer wore a disguise; perhaps a once-thought-dead individual in a closed-circle is actually alive, having faked their death; perhaps the crime was committed remotely through some unknown means.

…Which brings us to the first of the earlier two points. Yes, these are all possible explanations to the “impossible alibi” problem… but they’re also all possible solutions to any other number of impossible crimes! Any trick you use to commit a murder under these conditions will, like it or not, play under the same rules, with the same train of thought as the resolutions to any impossible crime, whether it’s a locked-room mystery, guarded rooms, or an invisible killer. I’d go so far as to suggest that a guarded-room mystery is fundamentally exactly the same as some styles of the impossible alibi problem in terms of how the impossibility is established and how it can be resolved. The possibility of faking alibis doesn’t preclude these sorts of problem from impossibility status, because the very heart of impossible crimes is “an entirely possible series of events fraudulently established as apparently ‘impossible'”. All impossible crimes are built on the conceit of the situation being faked in some way; there’s no reason to discriminate against the airtight alibi on these grounds, when there’s sufficient supporting information making every alibi apparently airtight and credible. Is the killer never committing murder despite being in front of the detective’s face at the key moment not impossible enough?

The “impossible alibi” differs in no way from any other impossible problem.

Can the information that establishes the alibis as credible be forged? Yes. The same way the details the establishes the lockedness of a locked-room, or the nature of a snowprints mystery can be faked and forged. Faking the details and making them appear reliable is quite literally the heart of misdirection and deception. All details can be faked, forged, and tricked, not much more more difficultly than an alibi could be — and all deceptions which are considered true and proper solutions to each and every single one!

At this point, I propose establishing categories of impossible crimes dubbed “Doylist” and “Watsonian”. A “Watsonian” impossible crime is an impossible crime for the benefit of the characters in the story. Your locked-room murders, your snowprint murders. Murders which, should they occur in our own world, would demand acceptance of no conditions beyond the existence of the crime itself to be considered “impossible”. The “Doylist” impossible crime is an impossible crime for the benefit of the readers. Murders which demand acceptance of some additional premise which nobody in the story is obligated to accept but which we, as readers, must note when considering the problem. Naturally, the impossible alibi falls under this category, but it is not alone; the “Judas Window Problem” falls under this category. I’d also argue defensible coincidences, like “rooms inciting heart attacks”, more than fit here, for demanding the reader accept the condition that there is foul play, and that it involves the “killer” room. Guarded rooms also demand to some degree our acceptance that the “guards” are reliable and faithful for the impossibility to function, and many versions of the “invisible killer” problem demand our good faith that the crimes aren’t suicides or that witnesses aren’t lying.

The “impossible alibi” is more than deserving of being considered an impossible crime problem, true and proper, even if it does demand the special “Doylist” distinction — something which it wouldn’t even be the first to do. Any mystery where the problem relies on the assurance that the killer is one specific individual, or one among a static group… and where sufficient evidence is provided to allow that the killer could never have even approached the crime scene… is as worthy of its impossible status as any other. In solidarity with the “impossible alibi” problem, I will use it as a category for “impossible crimes” in this blog from this point going further, as long as I feel comfortable asserting that the novel does in fact create an impossible situation from the alibi problem, or as long as someone doesn’t convince me that I’m wrong.

So, what do you say? Do you believe that the “impossible alibi” problem is a fair classification of impossible crime, or should it stay firmly out of the realm of the impossible for good…? 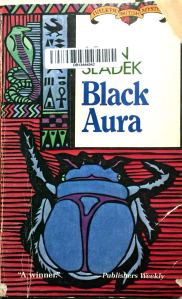