Anyone who has read an impossible crime novel in the last ten years (or in the last 40 years, if you speak French!) probably needs no introduction to Paul Halter. With an impressive workload of over forty novels, nearly all locked room mysteries, his name has become something of a byword for modern specialists in the impossible crime, particularly those who carry the torch of semi-Gothic, semi-horror, entirely macabre tales of murders in locked rooms initially carried by the American king himself, John Dickson Carr. Some have even ambitiously called the man “The French King of Impossible Crimes”!

Admittedly, I was put off for quite some time because a close acquaintance of mine whose opinion I hold in high regard is not one of those who think of Halter as Carr’s second coming, and when I finally did sit down to read Halter it was through his short stories, which I found particularly unimpressive. With such a towering reputation behind him, however, it was hard for me to continue not reading his novels, and just another three months later I finally sat down with Death Invites You, originally published in 1988 as La Mort Vous Invite.

Death Invites You is the second novel featuring one of Halter’s two series detectives, Dr. Twist. In it, Sergeant Simon Cunningham is summoned in secret to a dinner hosted by his father-in-law-to-be, Harold Vickers, a famous specialist in the impossible crime novel (whose much-lauded works suspiciously parallel quite a few of Halter’s subsequent novels…). Upon arriving, he finds that Harold Vickers, who had a habit of shutting himself away for extended periods of time, was locked in his study and refusing to answer the call of his wife. After breaking in, they find that Harold Vickers has been murdered many hours ago, with a full many-course meal of still-steaming foods laid out for guests. Upon further investigation, a lone glove is found with the body, a tub half-filled with water is sat under the window, and all possible entrances to the study were perfectly locked, making this death perfectly mirror an unpublished locked room written that the victim was in the process of writing!

Needless to say, I was immediately hooked. Mysteries where a mystery writer is killed in a way that mimics their writing are ripe with interest, and the presence of an “impossible meal” on top of the locked room murder was an incredibly novel premise from a writer well-known for inventing new types of impossible crime. I instantly felt all of my doubts I had about Halter as a writer fall away, and I read the book through to its conclusion in no time!

The investigation and plot move along at a brisk pace. Rarely did I feel like the book meandered on one point for too long, but I also never once felt like Halter was trying to rush through to the end either. Admittedly in the second half the book gets a little messy, with a decent number of only vaguely relevant interpersonal scenes with the victim’s family. The greatest sin of the book’s narration is the largely unnecessary back-and-forth regarding the question of the victim’s identity, which majorly exists to poke fun at a well-known trope in the genre and to establish one clue in the single most overlong way the book could have managed. Nonetheless, though, even when the book gets somewhat messy in plotting, it’s still enjoyable to read and definitely encourages you to keep a steady pace.

Halter’s greatest and most well-recorded weakness is his lack of deep characterization. That’s true in Death Invites You, without any shadow of a doubt. Even writing this review, I struggle to remember any of the characters’ names, because so many of them just made no impression. The chief focus is the investigation and clues, and that’s naturally divisive. While I personally am beyond ecstatic to read an entirely puzzle-oriented locked room mystery, that isn’t everyone’s cup of tea and some may find the shallow characters off-putting. I found it welcoming, and exactly what I was looking for.

Unfortunately, despite its clear place in the forefront of Death Invites You and its narrative, the locked room puzzle is incredibly disappointing. The solution to this problem is obvious the second it makes itself known for those seasoned literary detectives who know what to look for, and ironically is easier to figure out BEFORE the novel introduces you to the central clues. It’s admittedly an old and recognizable trick, and while I wouldn’t go so far as to call it a “cliche”, it still failed to leave me gobstopped and actually left me deeply upset when the suspicion that lingered in the back of my head — the solution I hoped it WOULDN’T be — turned out to be true.

I think a huge part of the reason why the solution wasn’t very satisfying, even if it isn’t too worn, is that the premise promises more. The whole affair with the murder mimicking the novel is just stage-dressing — red herrings the killer left to muddy the waters of investigation. And that’s sad! The tricks that Halter could’ve played with involving the tub of water had so much potential to be massively more satisfying than those the true solution offered. While the best red herrings have engaging and relevant alternative explanations, those in this sort of story are wasted, meaning simply nothing.

Had I been Halter, the way I would’ve handled this would be to have an actual solution to the problem as it’s presented in the “inner-book” so the clues could actually resolve themselves in the story-within-the-story. Offering a real solution to the “faked clues” would highlight Halter’s creativity, and not leave us feeling like he just made up whatever he wanted to because it would prove to be fictional. And, on top of that, it would allow the solution to the inner-book’s locked room problem to act as a false solution for the locked room we’re dealing with in the actual novel, drawing surprise from seeing how the killer deviated from the fictional story — perhaps, even, by having the solution in the inner-novel be scientifically or logically dubious as a way to clue at the fact the killer didn’t really replicate his fictional counterpart’s methods, because he couldn’t! Halter could’ve had his cake and eaten it too, but instead he chose to offer us a slice of frosted cardboard cylinder tubes.

If it isn’t apparent, I’m not entirely pleased with my first feature-length offering by Paul Halter. The book has an engaging premise and a competent investigation that builds your hopes up, but the solution is a big fat disappointment that’s only half of what you expect, with little depth to justify the lacking puzzle. I can’t in good conscience recommend Death Invites You to any locked room enthusiast.

Will I return to Halter’s works in the future, though? Undoubtedly. There are two clues in the novel that are incredibly clever and, even with the disappointing solution surrounding them, highlight Halter’s deep love for the genre. One of these is a particular scene involving the painting perfectionist, and the other involves “The Mystery of the Yellow Room by Arthur Conan Doyle”. These two little points are enough to convince me to give Halter more chances, if only to see where he goes from here. 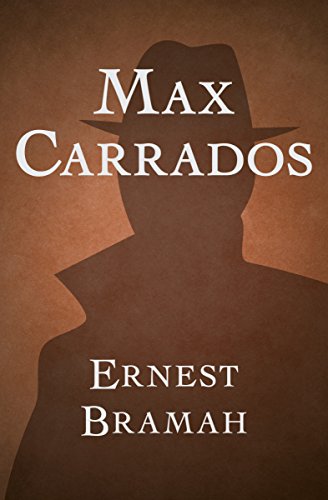