Having solved the mysterious murders of The Kirisaki Island Tragedy in the previous volume, and officially passing the Dan Detective School Entrance Exam, the examinees return to mainland Japan. Here, Japan’s most famous living sleuth Dan Morihiko announces the formation of the “Qualifying Class”, or “Q Class”, a specially-designed curriculum for only the most prospective students from which Dan plans to pick his most suitable successor!

The very first assignment for the Q Class involves a recent disappearance from the Kamikakushi village. Based on his footprints, university student on a school research trip seemed to mysterious step out of his window of the inn at which he stayed, walk 30 meters into the center of a muddy, unplanted rice field, and then vanish into mid-air! Proving their case-cracking bonafides by easily solving this impossible crime, Q Class soon learns that this is only the latest in a long series of similar vanishings in the village and its neighboring village of Hyoutan and Kamikakushi, two lonely villages nestled in a mountain range, and they’re expected to get to the bottom of the case!

Hyoutan Village and Kamikakushi Village are in fact quite isolated civilizations, as to get to Hyoutan requires a 30 minute walk through a tunnel from a bus-stop, and the only way into Kamikakushi is another 30 minute walk through another, spiraled tunnel that only attaches to Hyoutan. Worse yet, the village of Kamikakushi is ruled by a cult who worships a God of Disease, represented by masks representing smallpox, so when a crew of reporters hunting for a treasure fabled to exist in one of the two villages has one of their members murdered and buried in a graveyard, it’s immediately assumed to be the work of the very same God of Disease.

The village of Kamikakushi requires everyone wear masks to walk around the village, so with only two masks to spare the students of Q Class are forced to split up. The aloof prodigy Ryuu teams up with Megumi, the girl with identic memory, to bring the investigation to Kamikakushi, while hyper-active protagonist Kyuu, athlete Kinta, and computer wizz-cum-game developer Kazuma stay in Hyoutan, with the two groups only able to communicate through the phones in the inns in each village. As more mysterious murders pile up, like the impossible flying of a reporter before being dropped to his death, Class Q is on a race against the clock with the constant threat of their own potential murders hanging over them in Case 3 – Class Begins Detective School” (Chapters 14-16) and Case 4 – “The Kamikakushi Village Murder Case” (Chapters 17-29) of Detective School Q.

This is the case of Detective School Q. Fans of the series point to this one as being quintessentially emblematic of the franchise in every way, as well as being the creme de la creme of all of its many cases. Sure, there are many great cases in this manga, but “The Kamikakushi Village Murder Case” is the Great Case of all of Detective School Q if you ask many of its enjoyers. Is this necessarily true, though…?

The transitionary case between “The Tragedy of Kirisaki Island” and “The Kamikakushi Village Murder Case”, “Class Begins at Detective School” is a simple three-chapter case dealing simultaneously with the aftermath of the former while setting up the latter. This sort of “mini-case” between two large cases is quite common in Detective School Q, as it is a series with a consistent inter-connected narrative rather than every murder occurring within a continuity bubble, so of course there needs to be seamless transitions between the cases. That being said, as “Class Begins at Detective School” concerns itself with the serial killing of “The Kamikakushi Village Murder Case”, the two can be considered as one story.

The impossible disappearance of a student from the middle of a field at the end of a track of footprints is a decently creative but ultimately minor technical trick which I’ve seen performed in a more audacious form in another manga series. Like the more Ellery Queenian crime in “The Detective School Entrance Exam“, it’s still impressive that such a crime could be fit into such a small page count, but it isn’t particularly noteworthy otherwise. It instead merely serves as a stepping stone into the principle murders of the case proper.

As for the actual “Kamikakushu Village Murder Case”, it seems as if its immense reputation is one not unlike Shimada Soji’s landmark The Tokyo Zodiac Murders: a technically weakly-constructed story, elevated by the cussed audacity of its central trick. The story has a somewhat similar issue to the one I complained about in my review of “The Legend of Lake Hiren“ from The Kindaichi Case Files, another impossible crime manga Amagi Seimaru worked on. That is to say, the story ultimately feels very loose, due to over-loading the puzzle and cluing into one of the murders while the multiple other murders merely exist in respect to that one. This often leads to a somewhat awkward feeling mystery tale in which one particular crime is dense, but long stretches of time are spent with trivial crimes with few to none important clues.

Within “The Kamikakushi Village Murder Case”, there are three murders. The first isn’t even passingly mentioned in the denouement, with its only contribution to the narrative being to provide a clue. The second murder is an impossible murder with the very interesting impression of a victim flying into the air based on his video recording, but the trick is explained nearly immediately and isn’t incredibly impressive, being a variation on the exact kind of trick you’d expect for this kind of impossible crime. This naturally means the third crime, in which a man accused of the murder challenges the detectives to explain how he could commit a murder soon-to-occur while provided with an impossible alibi, is clearly designated as the “important crime”, and naturally almost all of the clues pertaining to the killer’s identity and the grand central trick of the story are primarily explored through the investigation into this murder.

Until this murder is committed, there is very little in the way of cluing to speak of. The story is especially light on visual clues, disappointingly underutilizing Megumi and her identic memory which often contributes to smart visual clues in the rest of the series. At most, there is a code that gives a little (very important) history on the true nature of the two villages. It’s a trend that often leads to the mysteries feeling “thinner” than their length, and “The Kamikakushi Village Murder Case” would certainly benefit from trimming out the second impossible murder and cutting four or so chapters off of its runtime.

But don’t get the wrong idea! “The Kamikakushi Village Murder Case” swings for the fences in a very major way, and like The Tokyo Zodiac Murders, is a worthy classic because of how well it works when it does work. Although Megumi is poorly utilized, this story still does a great job depicting the many ways the varied skill sets of the Q Class work towards establishing the solution. Kinta’s raw intuitive perception, Kazuma’s access to the immense well of information the internet provides, Kyuu’s pure creativity, and Ryuu’s simple brilliance all contribute their own unique pieces to the puzzle.

Better yet is the central mystery. There is a very important clue involving a piece of paper with the infinity symbol written on it (or maybe it’s a side-ways letter 8? Or a gourd?). This audacious visual clue goes a long way in revealing the central mystery behind the murders in the Kamikakushi villages. A central mystery which is utterly brilliant, by the way, revealing one of the ambitious alibi tricks of the entire genre. It’s an alibi trick so large in scale that it’s baffling, fitting the many comparisons drawn to Shimada Soji’s work. It’s a trick that not only provides the killer with a damnable alibi, but it’s one which offers a compelling, unique, and mystifying motive for the mysteries and offering a compelling conclusion to the cult of the God of Disease. The weight of the denouement is immense, highlighting all of the strengths of the case, while compensating for many of its structural weaknesses.

In the end “The Kamikakushi Village Murder Case” ended up a very similar beast to The Tokyo Zodiac Murders. Boasting flawed and awkward construction, the story nonetheless elevates itself with nothing less than the raw ingenuity of its final trick, one which borders on reality manipulation pure and simple. Trimming down the case would’ve done it wonders, but that doesn’t stop “The Kamikakushi Village Murder Case” from rising above the sum of its parts. While I highly doubt that I’ll walk away considering this the best of the best of the best of Detective School Q, I can safely see that it might very well have the best idea for a central trick in the series, and I can’t deny walking away happy with reading the story!

Hey, two-for-two! Detective School Q‘s reputation for consistent is clearly well-earned, as both of its full and proper cases have been at least very good. I do hate being negative about this case like I had been, because really it does justify itself in what it becomes, but with the awkward trend that Amagi had maintained from working on The Kindaichi Case Files it really did end up losing a bit of the greatness it could’ve had. I especially feel bad because I know many people consider this the absolute height of the series, and I don’t like being a party-pooper with stories people really like. The core trick really is something great, so I feel its place in my ranking is justified, but consider it tentative and reluctant and it might be re-evaluated as I read on in the series. 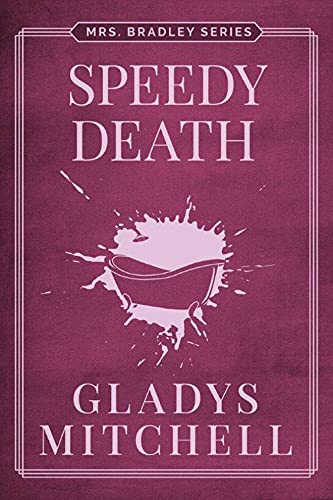